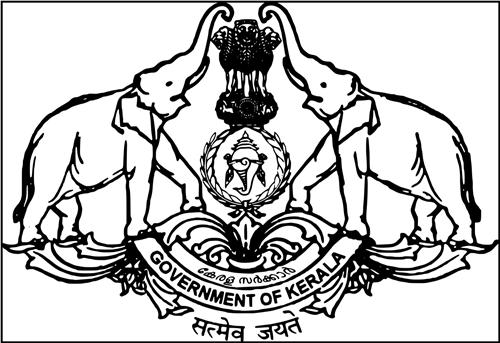 The modern day state of Kerala was formed post Independence, and was put under the President's rule. It was only in 1957 that general elections were held in the state and the Communist Party emerged as the leader, claiming 60 out of the total 126 seats in the state.

When India gained Independence from the British rule, the country still had a number or princely states located in the entire nation that had treaties signed with the British, but were independent from the British Raj. During the years following the Independence, the country was trying to bring together the various princely states, and form a single union, and Kerala was formed after combining Kochi, Travancore and Malabar.

The state has a legislative system and a political system that is similar to most of the other states in India. The tenure of the assembly is 5 years, and elections are held after the tenure ends to elect the next set of representatives.

Kerala has a lot of autonomy when it comes to internal affairs, just like all the other states in the country, and has the authority to levy taxes and maintain security forces as per need.

The Governor is the titular head of Kerala, assuming a role similar to the President of India. He is appointed by the President himself, and enjoys a term of 5 years. The central government recommends a list of people fit for this position, out of which the President appoints a person of his choice. The head of the executive wing of Kerala is called the Chief Minister, and is selected by the 141 elected officials of the state. He is generally the leader of the winning political party, and in the case of Kerala, this is usually the majority party out of the winning political alliance. The state enjoys a bicameral legislature, essentially meaning that the state has a lower house, as well as an upper house, the former being known as the Vidhan Sabha (Legislative Assembly), and the latter called the Vidhan Parishad (Legislative Council). 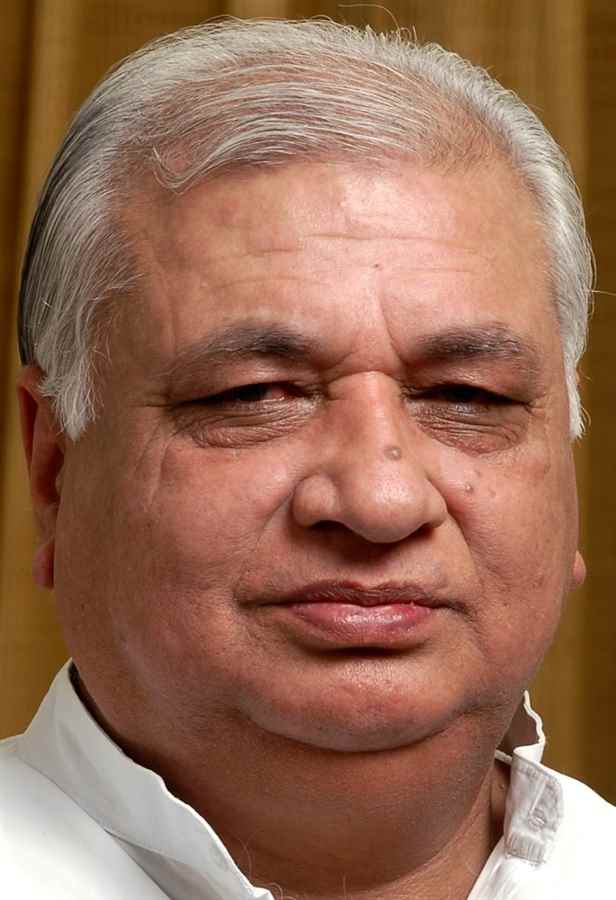 
Council of Ministers in Kerala 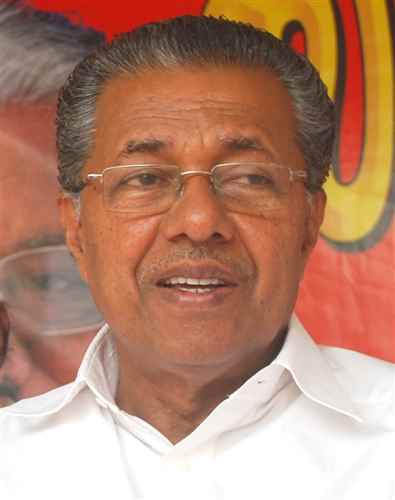 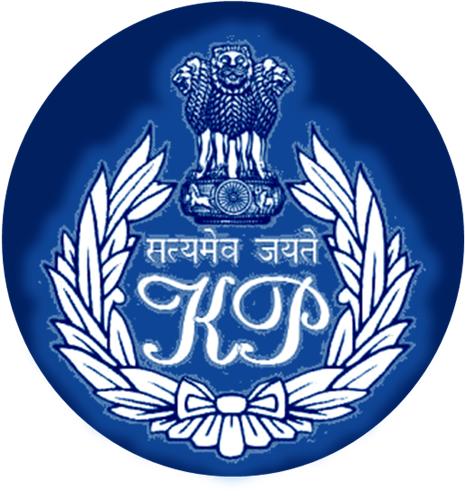 The state of Kerala has an official police force which is mandated with the task of upholding peace in the region and capturing anyone who breaks the law so that they can be presented in front of the court for justice. With its headquarter in Thiruvananthapuram, the original police force was set up in the times of the Maharajas, and the 20th century saw the establishment of an official police training academy as well. A bigger and much more advanced academy was built in Thrissur in the year 2004, and has helped the Kerala Police establish itself as one of the best police forces in India.

With a force of approximately 42000 professionals, the Kerala Police protect and serve a population of roughly 31.8 million, which spans 5 municipal corporations, 53 municipal towns, and close to 1450 villages. Controlled by the Home Department of Kerala, the state police is headed by Mr K. S Balasubramaniam, who is the State Police Chief at the moment.

The headquarter for the state police in Kerala is Vellayambalam, Thiruvananthapuram. Known as the Police HQ Complex, the compound is made of several buildings, the most notable being the Vellayambalam Palace, which was once the office for the Royal Travancore Police, and presently serves as the office for the DGP. A new building called the PHQ has also been constructed and houses a number of wings of the Kerala Police, including the central command centre, and the Hi-tech Crime Enquiry wing.

Kerala Police has been divided into a number of wings in order to improve their efficiency and offer better protection to the residents. The wings are: 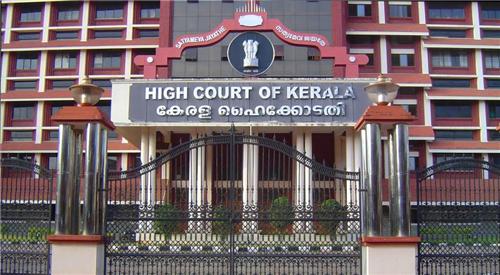 The High Court of Kerala is located in Ernakulam, and is presided over by a Chief Justice, who is appointed by the President himself. The High Court presently has a total of 27 permanent judges who are presided over by Acting Chief Justice Mr. Ashok Bhushan, and the court also have two additional judges at the moment. 62 is the official retirement age for a High Court judge, and the judges at the Kerala High Court have authority over all 5 municipal corporations of the state.

Kerala has a total of 11 district jails, as well as three Central prisons. The state also has a number of sub jails and has them divided into four zones. The total inmate capacity of the prisons in Kerala is 6217, and due to space limitations, there are currently 6969 inmates residing in these prisons. The districts where these prisons are located are: Thiruvananthapuram, Kollam, Pathanamthitta, Alappuzha, Thrissur, Ernakulam, Idukki, Kottayam, Kannur, Kasaragod, Wayanad, Malappuram, Kozhikode and Palakkad.

The Department of Finance is a key department that manages the finances and the economy of the state. It manages the economic conditions of the state through financial institutions, taxation, financial legislation, capital markets, the State Budget and centre and state finances. The department is headed and managed by a senior minister as per the Indian Cabinet Protocol Laws.

Non Resident Keralite Affairs, or NORKA deals with the welfare and day to day needs of the various individuals who reside in Kerala but are not state recognized residents. The first-of-its-kind department in the country, NORKA is a recent addition to the administration, and was found in 1996.

The department of Public Works is responsible for a range of development and repair tasks for building and structures that fall into the public domain, including government buildings, roads, public structures, parks, and more.

Kerala has a dedicated department in its administration of the tourism industry, the first Indian state to do so. Efforts by the department, coupled with the amazing natural resources of the state itself have catapulted Kerala to the top of the list when it comes to tourist choices in India.

Kerala has a functional civil supplies department, which oversees the proper distribution of commodities to its various citizens. From managing the food supply to regulating markets, the department governs a number of things to allow the state to manage its food related resources and essential commodities in a better manner.

Kerala is rich in a number of natural resources, and also has virtually unlimited access to fresh as well as sea water. A number of industries have set up operations in the states, and the Industries department governs these industries and sets the protocols for them to follow in order to ensure ethical operations and environmentally friendly practices.

Responsible for the welfare of the farmers in Kerala, the Department of Agriculture maintains canals, ensures supply of seeds, fertilizers and other material necessary for a healthy crop, and sets up markets across the state so that the harvested crops can be sold easily and at a fair price.

Tasked with the responsibility of implementing and executing the laws set by the executive wing, the department governs the police forces and the various organizations set up in Kerala for the purpose of keeping the law.

Kerala has an abundance of water resources, and to ensure that it stays this way, the state has a dedicated Department for Water Resources in its administration. Primary duties include ensuring access of potable water to the residents, and coordinating with other departments to ensure that rivers and backwaters are clean and free from pollution

The concept of municipalities was introduced to India by Lord Ripon all the way back in the 1880s. However, the modern day municipal corporations that we all know and recognize are a much more recent addition. The Municipal Corporation act for Kerala came into being in 1994, and under this law, the state of Kerala has been divided into 5 corporations which are:
A further sub-division of 60 municipalities exists in the state of Kerala.


Lets explore more about Kerala government and its administrative units.
8879