Emergency and Utility Services in Kerala

Emergency and Utility Services in Kerala

Any region that has a large number of people living in close proximity requires access to a number of facilities in order for the population to thrive. In modern times, large cities are the most densely populated areas of any country, and as such a number of services are set up by the government to ensure that the citizens get access to a host of amenities and enjoy a high quality of life. These services are called utilities, and make life simpler for everyone. From electricity to telephones, these services have become essential to us, and most people will find it hard to function normally without them. Kerala has invested heavily into building up a reliable structure for these services, and offers these utilities to Kerala residents through state-owned companies and organisations. 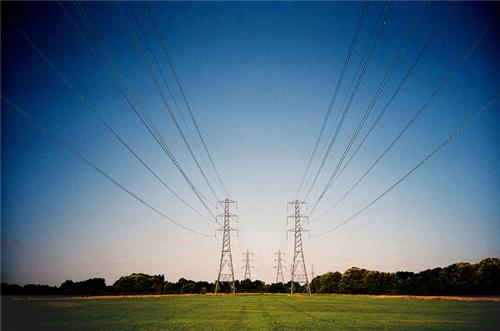 Electricity is one of the most basic necessities of modern human civilisation, and a number of services and industries depend on it. Having constant access to electric power is one of the most basic requirements to run any kind of machine-powered industry. Electricity is needed at home and offices as well, as it powers everything from our laptops to mobile phones, and even household appliances like ovens and washing machines. The Kerala State Electricity Board is tasked with the responsibility of ensuring access to electricity for every region in Kerala. The KSEB is a public endeavour, and is managed by the Ministry of Power, and not only takes care of distribution of power in Kerala, but its generation as well.

The need for investing in non-traditional forms of energy is imminent, and ANERT has been tasked by the government of Kerala to inform the masses about the various options that they have when it comes to energy production. The agency also pays special attention to rural areas and disseminates information regarding how to best utilise energy, and what are some of the best and easiest ways to conserve energy. The importance of conserving energy is also stressed upon, and it has some intriguing programs to offer such as:

With ready access to large amounts of water area, Kerala has virtually unlimited access to water-based energy, and hence it is no surprise that the bulk of energy produced in Kerala is from hydroelectric plants. With close to 2000 MW out of the 2230 MW electricity being produced in Kerala coming from hydel power plants, it is evident that alternative energy has been explored extensively by the Kerala government, and a lot of repeated investments have gone into it as well.

There are 12 hydro-power generators that have large capacities, and just as many smaller power plants that have much lower power generation capabilities.

Solar Energy is also being given serious consideration by the government and already Kerala has plans to set up a floating solar power generation unit that will have an installed capacity of 50 MW. The contract for this project went out to a Kolkata-based institution. The installation has already started for this project, and power generation to the tune of 12 KW is already under progress. The government has already announced plans to set up solar power plants that will have a total generation capacity of 200,000 MW. Power will be produced at nearly 6-7 Rs per unit, which is higher than the cost of thermal power stations, but when you consider the impact that thermal stations have on the ecology, the price is a fair tradeoff.

Besides the government efforts in the domain of solar energy, private entities are offering low cost solar installations as well. Su-Kam is one such company, and has personally installed solar power generation units across the 14 districts of Kerala with a total capacity of 600 KW so far. Su-Kam is working with ANERT on this project to bring cheap personal power to homes in cities and villages.

Kerala is estimated to have a wind energy potential of approximately 605 MW, but so far very little of this potential has been tapped into. There are a few wind turbines in Kerala, that have mostly been built with the active participation of private entities. The wind turbine at Kozhikode is the most well-known of them all, and offers a capacity of 23 KW. So far 20 MW generation has been achieved across the state, and as per ANERT, 30 MW more can be expected in the near future from the plans currently under proposal.

Banking establishments are crucial to the success of the local businesses, as they allow corporations gain access to liquid assets through loans and thus allow for the market to function smoothly. The wealth of a nation can always be told from how well the banks in that nation are doing, and this is true everywhere.

There are a number of private, cooperative, as well as nationalised banks in Kerala. There are many international names in the state as well, owing largely to the large number of expatriates that live abroad.

Found in 1961, the postal services in Kerala are a state-governed operation and provide citizens with dependable and low-cost delivery and shipment services for letter and goods. Initially, telegraph services were a part of this organisation as well, but in 1974, a bifurcation of the Kerala Postal and Telegraph Circle happened, resulting in two separate entities, each responsible postal and telegraph services respectively. Now that India has finally put an end to telegraph services, thus, making sure that the erstwhile Kerala Postal and Telegraph Circle now deals exclusively with postal services. The Kerala Postal Circle does a lot more than just deliver letters. They offer a range of additional services which includes life insurance, banking services, as well as foreign currency exchange services.

The centrally managed Bharat Sanchar Nigam Ltd is Kerala's official telecommunication service provider and offer mobile as well as landline and internet services. The network for BSNL has been expanded to support 3G communication in most circles, and users can expect high speed data access if they are supporting 3G devices, and they get the 3G activated from BSNL. Top Indian mobile service providers also have set up operations in the state, with AirTel, Vodaphone Idea, and Reliance being some of the service providers that have been granted 2G spectrum in Kerala.

Established in 1971 with the mission to organise and spearhead the process of residential development across the state, the Kerala State Housing Board is headed by the Minister of Finance, Law and Housing of Kerala. It oversees the various residential development projects that are undertaken by public as well as private entities and sets guidelines that need to be followed for safe and affordable housing.

The KSHB oversees development in all the districts of Kerala, and participates in the planning as well as execution of the various government sponsored schemes for housing and improvement in Kerala. KSHB has received recognition on a national scale over half a dozen times, and is one of the best housing board agencies in the country according to Housing and Urban Development Corporation (HUDCO).

The government believes that all human life is precious and everything that can be done to preserve it, needs to be done. A high standard of emergency services has also helped the state become more trustworthy in the eyes of tourists, bringing in greater revenues.

Just like the rest of the states in the Union of India, the state of Kerala is also well prepared and fully equipped for any type of emergency or crisis. For the convenience of the masses, Kerala is equipped with various primary emergency services such as hospital services, police force, ambulance services, fire and rescue services, blood banks and much more. The Government of Kerala is always up to the task when it comes to offering emergency services to the people and save the lives of the lives of the people at any cost.

Kerala Police is the official law enforcing body for the state of Kerala, which has been actively serving the people since the times of the Maharajas. The police force of the state of Kerala is known to be one of the most efficient and hardworking forces in the country, and with a 42,149 strong team of trained professionals, Kerala Police protects and serves over 32.8 million people plus the tourists.

Mr Ramesh Chennithala, Home Affairs Minister of Kerala, leads the police force, while it is headed by Mr. K S Balasubramaniam, who is the State Police Chief (SPC) of Kerala. The SPC of Kerala is assisted by a number of fellow IPS, Additional General of Police and various other ranks.

For the purpose of proper law and order and effective governance, the state of Kerala is divided into 2 police zones:

In June, 2014, the government of Kerala announced its plans to extend its ambulance service to all the districts, and to make the free calling 108 number accessible to everyone. Ambulances equipped with Basic Life Support will be made available to all districts, and when a medical emergency arises, help will be only a free call away.

It is to be noted that the toll free number 108 does not require any prefix or suffix whether it is dialled from a mobile or a land line number. Whether it is fire emergency, medical emergency or a crime scene, 108 free of cost ambulance service promises to help within 20 minutes of time.

Both governmental and private healthcare facilities in Kerala have established blood banks to collect, preserve and provide blood in case of emergency. Various voluntary establishments and non-government organisations (NGOs) have also extended their hands for this noble cause. The government of Kerala runs various blood donating programs across the whole state.

Some of the blood banks in Kerala are:

Kerala Fire and Rescue Service Department is the official body of the government of Kerala, which is dedicated to fight against the challenges by providing fighting and rescue services during emergency conditions. The department is committed to provide fire rescue services and reach at the site on time. The main objective of the body is to save the lives and belongings of the people in any type of emergency situation.

Department of Fire and Rescue Services
Housing Board Junction
Thiruvananthapuram