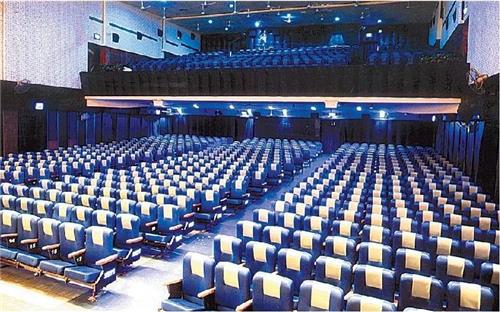 Cinema of Kerala is commonly referred to Malayalam film industry where feature films are produced in regional language Malayalam. The Malayalam cinema is a panorama of art and culture of Kerala region and presents the real appearance and Malayalam theme based films. In comparison of Bollywood movies, the Malayalam films are low budgeted though has the clarity of social messages and entertainment.

The history of Cinema in Kerala dates back to the days when people of Kerala were able to entertain through Tholpavakkuthu, a kind of puppet dance, where moving images displayed via the small screen. That was a kind of art form which was usually organized only at the time of festivals and other temple events.

Utilizing this dramatic motion by the filmmakers of Kerala, they developed a new visual culture in Kerala which become the most popular mode of entertainment among the masses since 1928. The films produced during the period were pertained the social issues and had influence of a culture that becomes the main reason for becoming more popular.

In the early era after 1928, first silent movie Vigathakumaran was released and that was the initiation. The first talking movie was Balan which was released in 1938 which was produced by the Tamilian filmmaker. In the beginning the Malayalam films were produced by the Tamil film industry as the studios were set in Chennai which become the central house of all the Tamil and Malayalam Film productions.

The first state owned film studio was Udaya, which was established in 1947. Finally the Malayalam film industry has established the city Kochi back from the Chennai which was the capital of the South Indian film industry. Thikkurisi Sukumaran Nair was believed as the father of Malayalam film industry. He was a versatile actor, director, script writer and lyricist who were among the ruling heroes like Sathyan, Prem Nazeer and Madhu. Mammootty, Mohanlal, Jayaram and Sureshgopi are some of the current renowned heroes whereas Malayalam actresses like Padmini, Ragini, Sheela, Sarada, Jaya Bharati and others are equally recognized.

The Golden period of Malayalam cinema can be referred from 1980 to early 1990s, when the Malayalam movies were marked as the replica of a common man’s life where normal social and family issues were screen played through the films. The influence of the Golden period’s films still attracts the masses with their appealing spark and humor.

Every year with the support of Kerala Government, Kerala state film awards are announced to promote the film industry and to acknowledge the good work done by the artists, technicians etc. Department of cultural affairs of Kerala Government formed the independent jury to announce the awards from the film field. The state government through the department of Cultural affairs also organized an International Film Festival in the capital Trivandrum, held every year in the month of November or December which is acknowledged as one of the leading film festivals of India.

AMMA
Association of Malayalam Movie Artists (AMMA) is an association of the Malayalam film actors and other members. This is a first in India of this kind of organization. The decisions made by the AMMA General Body in association. The body conducts gathering every year and furthermore when a special occasion comes. The members of the General Body are chosen by common decision or by voting among the members in case a decision is not come to.
Some other associations of cinema in Kerala are: