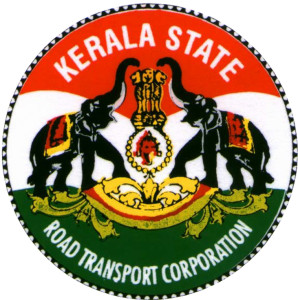 Being a major centre for tourism, Kerala government has paid a lot of attention to the public transportation system in the state. Railway, airports and roadways are modes of transportation that are utilized efficiently, and since Kerala is riddled with rivers, and canals, the state also has a very good water based transportation system as well. The state is connected to the rest of the country through railways, roadways, as well as through flights, and Kerala has international airports as well, for international travellers who wish to land directly in the state.

With a grand total 145,704 kilometres of state and national roads already constructed, travellers will find it astoundingly easy to travel to the various major cities in Kerala through public transportation services like buses, or by reserving a private cab. The Department of Public Works in Kerala has been tasked with building and maintaining the roads in the state, and there are already projects proposed, like the Hill highway, which seek to offer even better and faster travelling capabilities to the residents as well as the visitors.

Quick Facts: Kochi is the most important port in the state of Kerala, and sees local as well as international traffic. Thanks to its bustling spice markets! 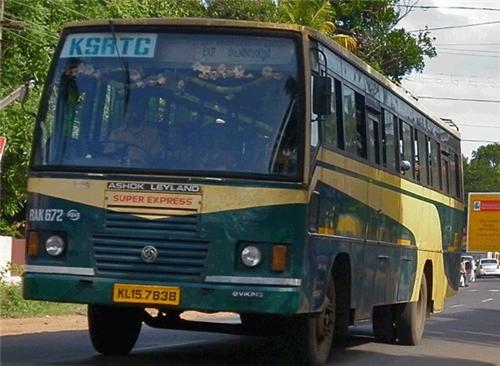 The organisation is responsible for managing the various state -and operated buses in Kerala. The next time you hop on a bus that is headed towards your next destination in Kerala, you probably have KSRTC to thank for that. Kerala has one of the oldest public bus transport systems in India, and started all the way back in 1937, when the first fleet of buses started providing services to the residents of Travancore. The engines for these 60 buses had to be imported all the way back from England, while the bodies for the buses were made right in Travancore. Today this fleet has grown exponentially, and provides service to the entire Kerala.

From regular buses that run between short distances and are reserved for city transportation, to fully air conditioned premium luxury buses that connect all the major attractions in Kerala, KSRTC has a fleet comprised of 6148 buses, and they run round the clock and follow an incredible 5598 schedules to ensure that locals as well as tourists can travel with the utmost ease. 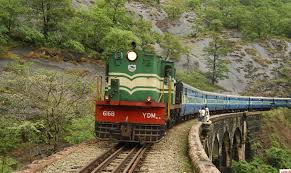 The Southern grid of the Indian railways has several thousand kilometres of railway tracks already laid out and functioning in the state. The majority of the important towns in Kerala are already part of the railway network, with the exception of those that fall in the highland areas. The most popular and heavily used stations in the state include the ones in Thiruvananthpuram, Kozhikode, Alappuzha, and Ernakulam.

The railway network has existed in the state of Kerala since the mid 1880s, and has gradually expanded to cover all major cities, with the Thrissur-Guruvayur- stretch getting completed as recently as 1994. 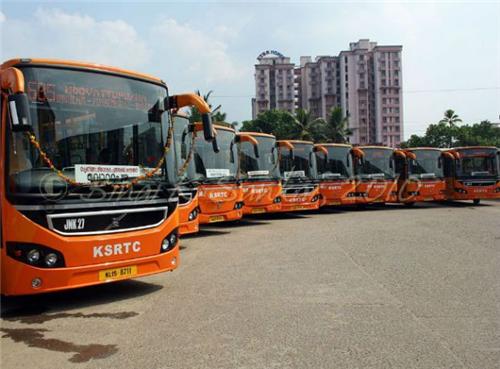 Kerala has a public transportation bus system that connects all major cities as well as popular tourist attractions. These state-owned and operated vehicles are available in standard as well as air-conditioned deluxe categories. Buses run at frequent intervals, and you will be able to find a bus for your destination after just a few hours wait at the maximum. The frequency of buses dwindles at night, so plan your travel accordingly.

There are a number of services that let you hire private buses and coaches. These coaches are available with seating capacity that ranges from 20 to 80, and are ideal for people travelling in large groups.

For travelling within the city, taxis are simply the most convenient option. They usually charge you a fixed sum for a specified distance, and you can easily book a taxi in advance for a prearranged sum of money so that you will not have to worry about getting overcharged.

Private Cars for Hire in Kerala

Similar to taxis, you can also hire private cars when in Kerala. You are offered a chauffeured service, and the driver will be licensed to drive commercially. The advantage of these private cars is that they can be used to travel to different parts of the state as well. Instead of hourly rates, or distance, you can negotiate a total package which will allow you to visit all the locations in Kerala that you want to travel to in Kerala in a convenient manner.

When you need to travel short distances, auto rickshaws are cheaper as well as faster than taxis.

Auto-rickshaws are quite popular in India, and are a trademark way to travel in the country. They are meant for local travels with distances that are usually within 20-40 kilometres from your location. They have a small seating capacity, and if you are travelling in a group of more than 3 individuals, you will need to hire more than one auto rickshaws. Since they are small in size, they can easily navigate narrow roads and small by-lanes, making them more suited for visiting busy areas in the city.

Kerala has a well organised network of auto-rickshaws that operate in all major cities. You are charged as per the distance travelled, and a digital meter lets you keep eye on how much you have travelled. Kerala state government has pricing norms for the auto rickshaw drivers, and you can relax in the knowledge that you will only be charged the fair price, as you whip past small and narrow by-lanes on your way to one of the popular markets in the state.

Did You Know
~ The combined scheduled distance that the buses in the fleet of KSRTC travel in a day is 14,22,546 km and transport roughly 3.1 million people every day. 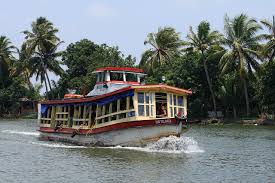 With a total of 44 rivers in Kerala that are navigable, the state also has a superb water-based transportation system. The many backwaters in the state provide an excellent medium for commercial transportation, and visitors can avail the ferry services between nearby towns for a unique travel experience. There is a total of 16 ports in Kerala, and they are fully functional as well. Water-based travelling is not just a major tourist attraction for the state, but is also used commercially for the transportation of goods through large boats. The most popular inland areas in Kerala when you can experience a ferry ride are Alappuzha, Kottayam, Kollam, and Ernakulam.

Water-based transportation is used all over the state of Kerala, and is so pervasive that the government had to create an entire department for its management. The Kerala SWTD looks after inland water navigation and transportation services, and is specially dedicated towards managing the transportation needs of people living in areas that are permanently or mostly waterlogged. The Minister of State Transportation in Kerala is in charge of SWTD, and the services of the department are available in all five municipal areas of Kerala.

Water-based transportation is used by nearly 1.5 million people in Kerala per year, and in some areas it is the only means to travel and gain access to essential commodities. Especially during monsoon when a large number of remote area in Kerala get cut off from the road based transport network, SWTD steps in and ensures that these areas get food, and medical supplies as per need. Today the department has a total of 13 offices all over the state, and maintains a fleet of boats, fibre glass as well as wooden/steel ones, which it uses as per requirement.

With the state putting so much focus on tourism, SWTD has also risen up to the challenge, and has launched a new website where tourists can find information about the service trips that the department boats offer. These boats can accommodate 50-150 passengers, and are a very cheap, and highly enjoyable way to experience the beauty of the backwaters in Kerala.

Kerala with a coastline of 590 km has a major dock at Kochi and 16 smaller ports along the coast. The port of Cochin is an all-weather port on India's west seaboard area and has one of the best Turn-Around-Times (TAT) among docks in India. It is now the least congested port in India with containerized traffic moving to the International Container Transshipment Terminal since 2010.

The Kochi port is also a very popular port-of-call for luxury cruise liners from over the world. Kerala has 16 other ports, which are mostly seasonal. Of them expansion is taking place in Thankassery, Vizhinjam, Alappuzha, Ponnani, Munambam, Azhikkal and Beypore. 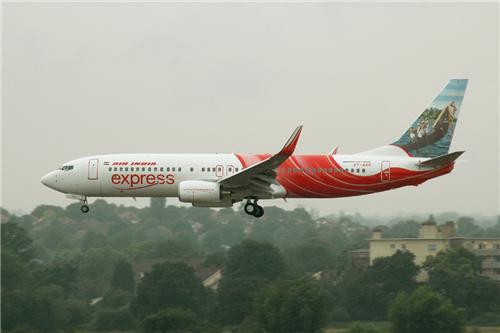 With three international airports already established and working, and with two more such projects announced for Kannur and Pathanamthitta, Kerala is easy to visit, no matter where you live. The airport in Trivandrum also holds the distinction of being the most well managed airports in the country, according to the Airport Authority of India, and was also the first international airport to be established in the state. The Cochin International Airport sees the most footfalls in the year, and the services for air travel in the state are complemented by the airport in Calicut, ensuring easy coverage of Kerala. The international airport in Cochin also happens to be the first airport in the country that was funded by the public and incorporated as a public limited company. The expat community of Kerala funded this airport, with close to 10,000 Keralites living abroad, buying the shares for the airport.


Trivandrum International Airport has the distinction of being the first airport that the state of Kerala has. It is also the first international airport to have ever been built in India that is not located in a metro city.